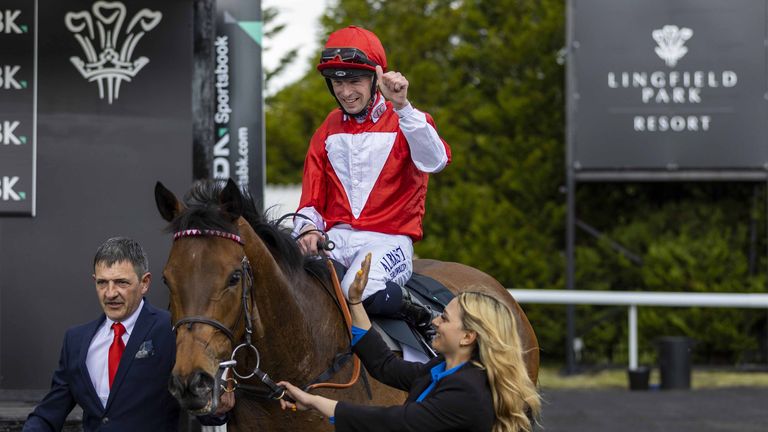 The in-form duo of William Hagas and Tom Marquand looks well-positioned for further group success on Sky Sports Racing tonight with My Astra in Newcastle.

The four-year-old pony is now at group level at G3 Hoppings Fillies’ Stakes (7 :10) on the all-weather grounds at Gosforth Park.

The match was featured on Day 2 of the Northumberland Plate Conference, but she’ll be facing off against some unexposed genres, including Tom Clover’s Rogue Millennium, which she lost to the Oaks earlier this month. defeat record.

Also on an excellent card at Newcastle, the Gosforth Park Cup (6:35) over five furlongs remains a very competitive heat with 14 runners including veteran sprinters Venturous, Dakota Gold and Makanah.

Another one who will no doubt enjoy the challenge is Tim Easterby’s Bronze Knight, who won the event in 2018.

Doncaster, Yarmouth and Chester’s cards all featured several high-quality races on a fantastic day at Sky Sports Racing, including some fun rookie prelims and a showcase of potential stars of the future.

The Yorkshire venue is arguably the best race as the classic Vintage Choice heads to Town Moor for the Haggas and James Doyle in the saddle for the featured Norfolk Bridge Works Handicap (2:45).

Watch every game from Newcastle, Doncaster, Chester and Yarmouth on Sky Sports Racing on Friday 24 June.

Previous article‘A loser is a loser, and what’s new’ ‘something you absolutely love to see’ – New York Yankees and Houston Astros fans at start of game after Jose Artuf was hit brawl on twitter
Next articleBoy, 5, dies in hot car as mum prepares for sister’s birthday